6 Months on the Paleo diet

The Paleo diet has come under recent attack lately for reasons I can only guess about. It might be a conspiracy by the grain commision or corn mafia. Never the less, people have been picking at it lately, basically making arguments about semantics in my opinion. Because of this, I decided to share my experience with the Paleo diet. I started eating predominantly "Paleo" after May 2013 Canadian Weightlifting Championships. I had a lackluster performance and looked fat. I had been trying to "bulk" my way into the 105kg class, but obviously it was not all quality weight. My squat and pressing strength was up, but it did not translate into a higher weightlifting total.  I decided I would get back to the 94kg class as I was a bit soft at 102.13kg. I actually ended up getting into the 94kg weight class by August for the 2013 Ogopogo weightlifting competition. My total was only 2 kg lower than nationals even though I weighed approximately 8kg lighter. 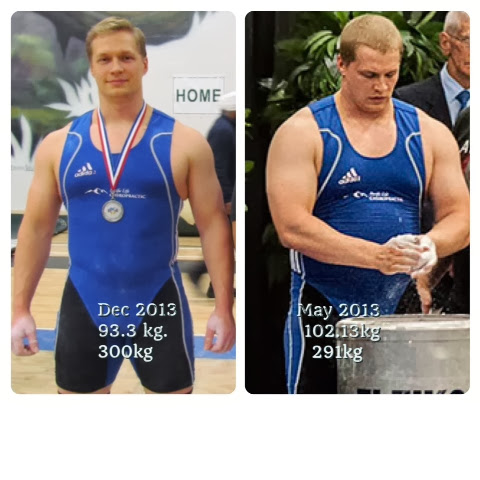 I do not  count calories. I do not eat 100% strict Paleo but I would call it "Paleoish". My meal template is as follows:

I was worried that cutting oats, and pasta out of my diet would cut my energy levels but just the opposite happened. I notice that my energy levels are more balanced now.
If you are concerned about losing strength on the paleo diet, you can look at my example. Sure my squats are a bit lighter, but my speed is up, and I feel a lot better. We will see if I can get some squat PR's at this lighter body weight soon.

Next up, I will be experimenting with eating ketogenic diet which has an emphasis of higher fat content instead of primal source of food. Basically you want to eat a ratio of 4:1(fat to protein) and keep carbs under 30grams a day. Hard to do. But, eating a modified atkins diet while taking exogenous ketones AKA a Ketone supplement, also keeps you in ketosis as per Dr. Dominic D'agostino.

I also want to give credit to Rob Macklem for the May 2013 competition photo of me chalking up.
Posted by Unknown at 2:00 PM No comments:


Here are some highlights from yesterday's training session. 158kgx2, 160kgx2 cleans from blocks.
Dinner was squash with hamburger and home made salsa: 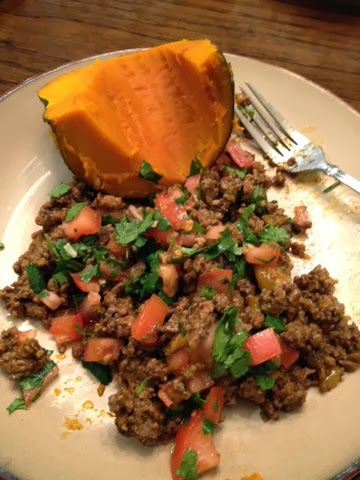 How to add 50 percent to your lifts

No I am not talking about using performance enhancing drugs or other illicit means. I am talking about steady work, mindful nutrition, and proper rest over a long period of time. The reasons I titled the post the way I did was to 1-grab your attention, and 2- after reflection over my last (and only) 5 years of Olympic weightlifting, that is exactly what I gained on my snatch and clean and jerk. In my very first weightlifting competition in January 2009, I snatched 90kg and clean & jerked 110kg in the 94kg class. Cue Video. 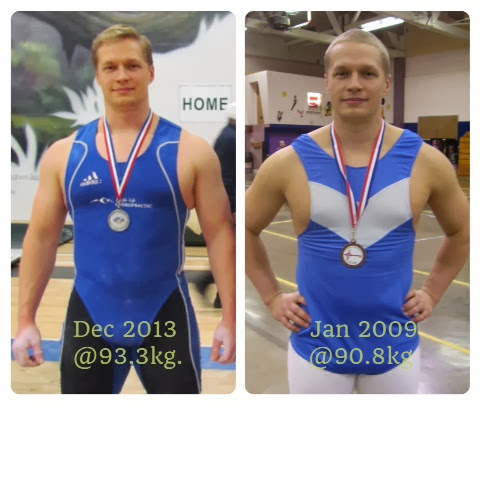 5 years later in the same weight class I snatched 135kg (50% increase) and clean & jerked 165kg (50% increase). Yes I made those numbers at least a year earlier in training. But these are official totals that I weighed in for, at doping controlled meets.

One of the main things is just to keep working. There will be emotional highs when you make PR's and the roller coaster can swing the other way when you plateau for long time periods. The trick is to not get too emotional about the highs and lows. Realize that there will he good times and bad times. Over a long time period you can look back and see that you made huge progress. Just by working daily with the right things; diet, sleep, and training. Don't give up. Don't get irrational. Just keep grinding it out. You can get your enjoyment by looking back at the last year, or 5 years, and see what you accomplished. Just know that the one bad day here and there didn't matter in the big picture. The longer you lift the harder the personal records are to break and just because you make a PR does'nt mean it's yours to keep forever. You have to work very hard just to maintain that level. I will give you an example of how hard personal records are to break once you are an intermediate lifter or above. In the summer of 2010 I was  able to front squat 180kg for 1 rep. In  the spring I was 2012 I was able to front squat 180kg for 2 reps and in that summer I did 200kg for a single rep. In the spring of 2013 I was able to front squat 180 for 3 reps and 190kg for 2 reps.  That is a lot of hard training over the years to add small gains like that.  Another example is cleans from block. In December 2012 I made a PR by cleaning 160kg for 1 rep off blocks. After 13 months of hard training and multiple attempts I was able to clean 160kg for 2 reps off blocks. Another example of hard work equalling incremental gains.

Another important factor is to have good coaching and programming. You can find yourself down a bad rabbit hole if you do not have an experienced coach correcting bad habits along the way. Someone to identify your weakness and target them. Also, someone to give you support, encouragement, and kick your ass with accountability once in a while as well. I was lucky enough to have Christine Girard working with me the last few years.

You can listen to this interview with Cody Abbey from Mavrick strength about my journey.
Posted by Unknown at 10:51 AM No comments:

The accumulated fatigue has set in and I am feeling beat in the middle of this training cycle. At least dinner was awesome tonight. Roast lamb with potatoes and carrots. 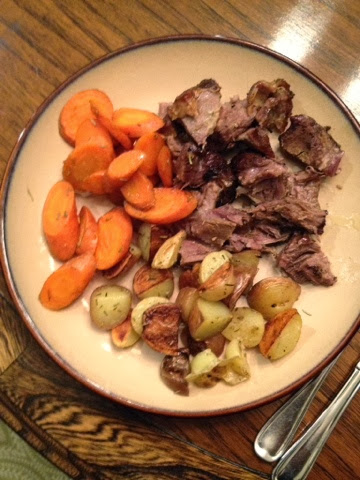 Posted by Unknown at 9:21 PM No comments: