I have been lucky enough to come into contact with one of Doug Hepburn's old bars from Columbia steel. The story goes: When his weightlifting bar company went out of business he gave his surplus bars away with the condition that you could never sell them. You had to use them or give them to someone for free. Well, my club at the time, Semi Weightlifting had a few of the bars. My coach at the time (Dieter Stamm) was gracious enough to lend me one of the bars for my own training at home. I used this bar for 4 years. This bar was used since the 1970's. It still has better spin and whip then the Pendlay Nexgen HD bushing bar, but the DHS bar has better spin than the Columbia bar. One of the ways I test the knurling is when I roll my calves out on the barbell, I can really get a grasp for how well the collars move. The knurling is almost non existent and the colour of the bar is rust. There is no chrome or zinc finish. I actually like the lack of knurling for a training bar though. 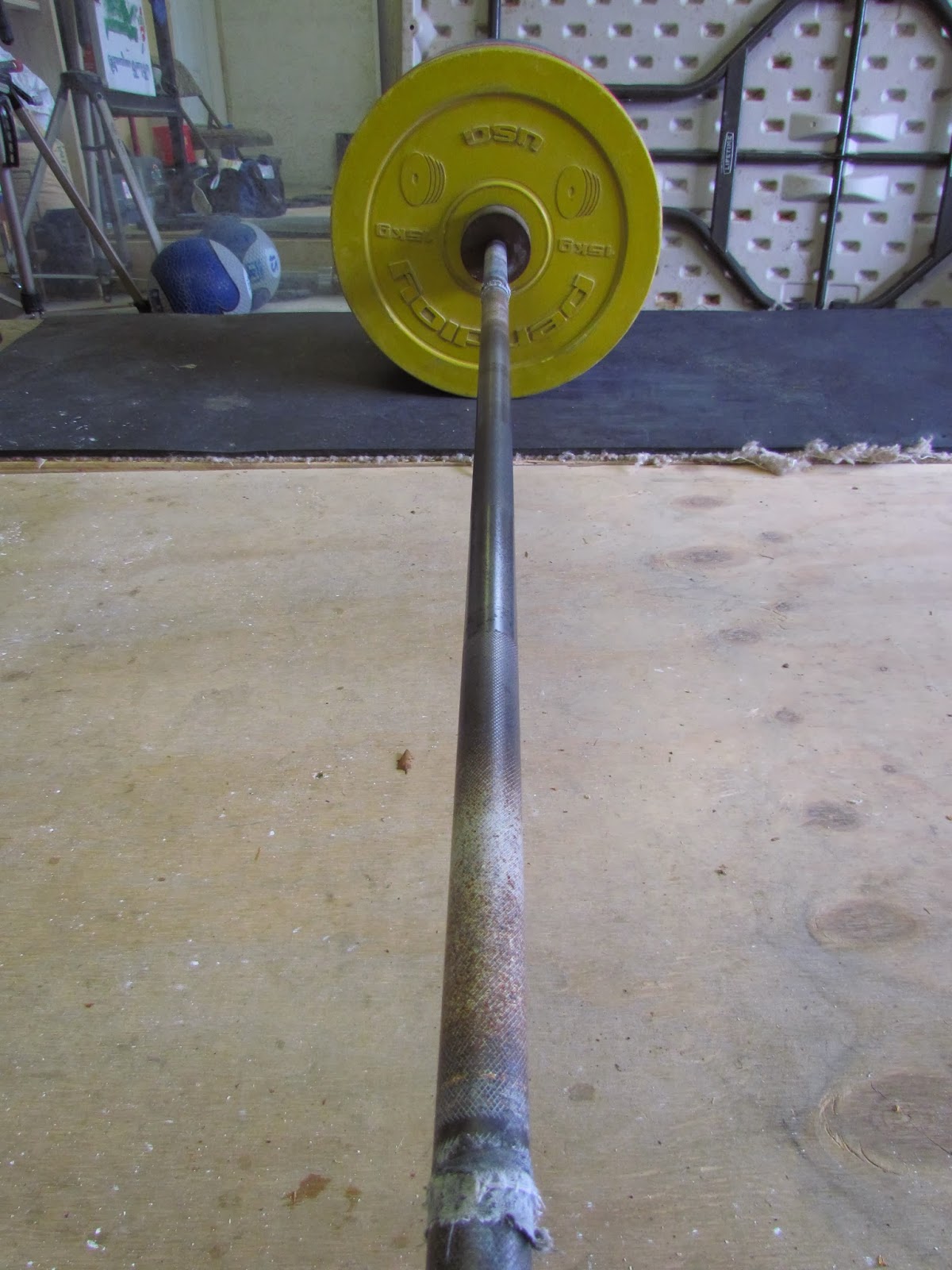 You can see in the pictures that there is very little if any knurling left on the bar. I had to use tape to mark the snatch lines as there were not really visible. I have not had any issues with this bar and only lubricated the collars a few times. I believe this is a bushing bar. 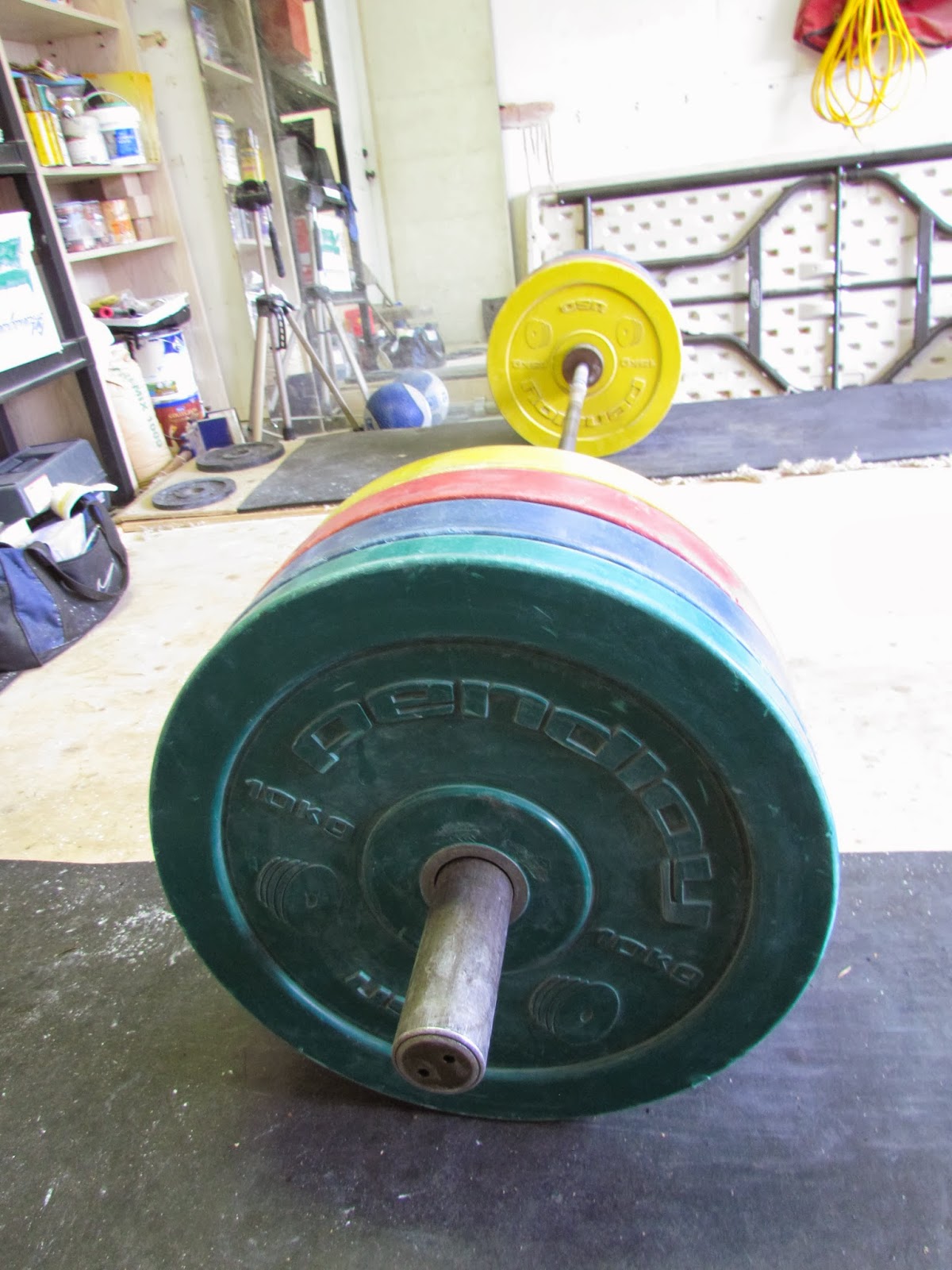 Here are some lifts with the old bar.
As you can no longer buy one of these bars, Bells of Steel makes an economical weightlifting bar that is worth checking out.
Posted by Mountain Man at 10:43 AM