I ordered some Optimum nutrition superior amino 2222 tabs from amazon.com. I had the caps before and I saw that these were now easier to swallow which I was looking forward to as the caps were a bit big. 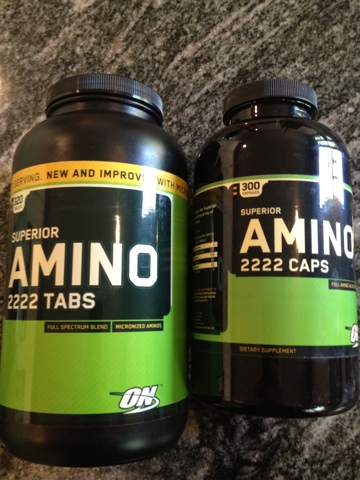 But after I opened up the package I realized that I was sadly mistaken. 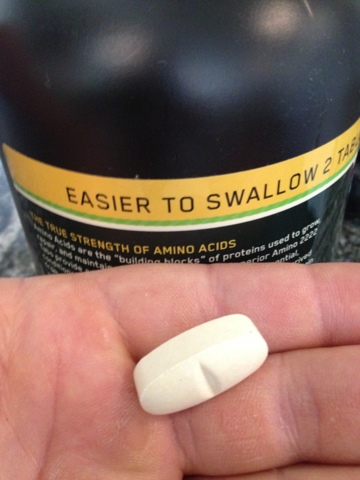 My first question was: how big were they before, that this is the easier to swallow version? Then I tried to swallow a half. Nope, almost got lodged in my throat. Had to gag it up. Then I read some reviews on amazon and found that people were chewing them. I gave that a try and success! It does not taste that bad actually. In fact BCAA powder tastes a lot worse.
Posted by Mountain Man at 4:13 PM

Email ThisBlogThis!Share to TwitterShare to FacebookShare to Pinterest
Labels: Supplements